Delhi Metro Phase 4 - Everything You Need To Know 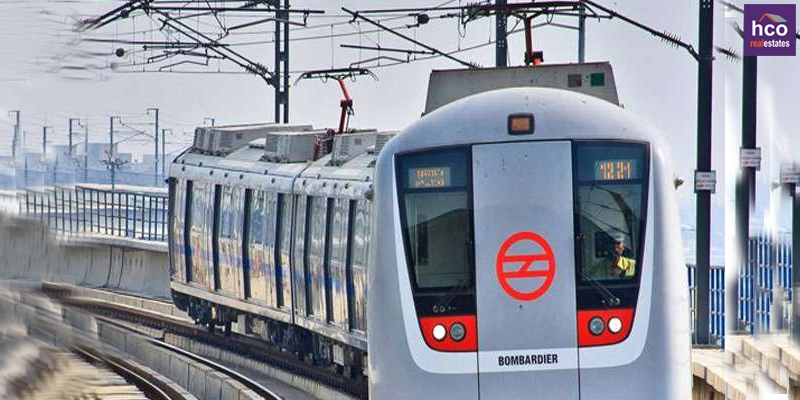 New housing hubs in National Capital Region (NCR) will be connected to the Delhi Metro's Phase 4 (Phase IV). It was initially anticipated that the project would begin in 2017 and be completed by 2022. There have been delays in the project. In Phase 4, work on piling work for stations along the Janakpuri West-RK Ashram Marg corridor began on December 30, 2019, with a ground-breaking ceremony held at Haider Badli Mor.

Phase 4 of the Delhi Metro network, which covers 104 kilometers, is expected to carry 1.5 million passengers a day once completed. Although the route is scheduled to be completed by December 2024, it may be delayed due to the lockdown induced by Covid-19. A total of approximately 65 kilometers are planned along the three approved Delhi Metro Phase 4 corridors, Maujpur to Majlis Park, Janakpuri West to RK Ashram, and Tughlakabad to Aerocity.

What is Delhi Metro phase 4? 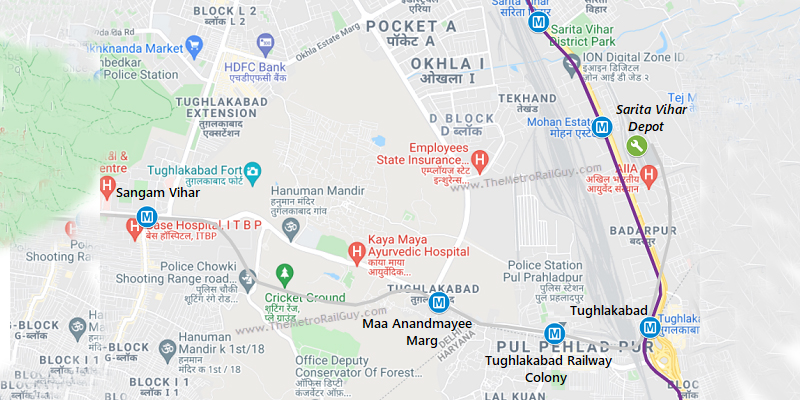 In addition to Aerocity, Vasant Kunj Sector-D, Masoodpur, Kishangarh, Mehrauli, Lado Sarai, Saket, Saket G Block, Ambedkar Nagar, Khanpur, Tigri, Anandmayee Marg Junction, and Tughlakabad Road Colony, there are other areas where the names of the landmarks can be found.

On March 7th, the Union Cabinet approved three of the six lines for Phase-4 of the Delhi Metro. Following Cabinet approval, all three corridors will be added to the Delhi metro map. Delhi will be connected to the farthest reaches of the National Capital Region in this phase.

December 2018 was the deadline for Cabinet approval of all six routes for the 104-kilometer project. If the government approves, Phase-4 will be 61.67 kilometers long, with 46 Metro stations, including 17 elevated stations. The project will cost over Rs 25,000 crore, with a portion of the funds contributed by the Delhi government.

The last-mile connectivity component of Phase 4 is intended to provide access to major infrastructure clusters across the NCR. Those lines would have 17 underground stops and 29 elevated stops, based on government estimates. Once completed, they are expected to serve roughly 15 lakh passengers daily.

Prime Minister Narendra Modi launched the interoperable NCMC last year under the name One Nation One Card. By the end of the year, these two facilities could be added to the Airport Express Line.

Know all about the One Nation One Card:

Three out of the six corridors of Delhi Metro's proposed Phase 4 were approved by the Union Cabinet in March last year, in a meeting chaired by PM Modi. Within the approved segment, new metro lines covering 61.679 kilometers and 45 stations are proposed for construction. Metro Delhi's already operational lines will be interconnected through these new sections.

Mukundpur-Maujpur, R K Ashram-Janakpuri West, and Aerocity-Tughlakabad are among the corridors approved by the Union cabinet. Phase 4 also includes Rithala-Bawana-Narela, Inderlok-Indraprastha, and Lajpat Nagar-Saket G Block, which are not yet approved. A groundbreaking ceremony was held for Delhi Metro's Phase 4 project at Haider Badli Mor on December 30 last year. Work has begun on the construction of 10 stations along a 28.92-km corridor connecting Janakpuri West and R K Ashram Marg, which is an extension of the Magenta Line.

The Phase 4 project will include many highs and several DMRC firsts. The first metro bridge over the Yamuna to be constructed using the cantilever-construction method, as well as the highest point in the DMRC system, will both be constructed as part of this project.

How many phases are there in Delhi Metro?

Yes, phase III was completed on 18 September 2021 though it was delayed due to the pandemic now it is working.