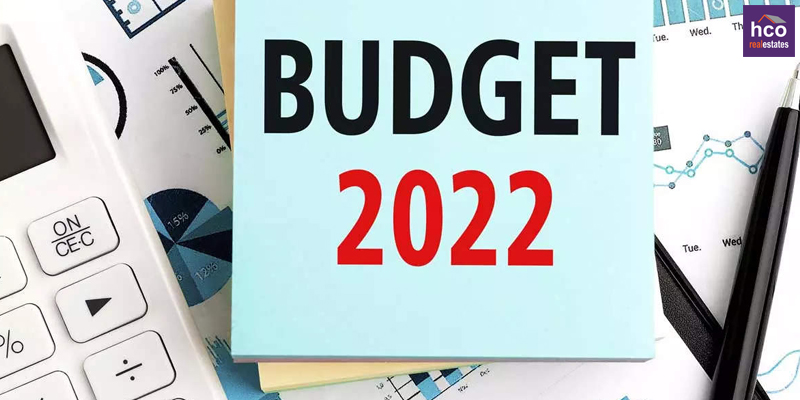 The real estate sector in India faced some challenges in 2020, but it bounced back strongly in 2021. Budget 2022-23 will be presented by Finance Minister Nirmala Sitharaman on March 1 and is expected to have big expectations from the sector.Almost all developers are expecting that the new budget will stimulate residential construction as well as rental housing. A lot of industry experts are   about raw materials rising in price and expect government intervention on this issue.

Growth in the property sector is crucial to economic expansion. In this challenging market environment, the government must introduce powerful policy reforms that will boost the real estate industry, said Aditya Kushwaha, CEO and Director, Axis Ecorp. Kushwaha emphasized that the COVID-19 pandemic was responsible for drastically changing perceptions of homeownership among all Indians, especially among NRIs.

A positive approach from the budget would be welcome during a time of economic uncertainty due to the Omicron threat. A focus on manufacturing, infrastructure, and the real estate sector is expected to be maintained in addition to agriculture. It is a wish list item this year to have infrastructure status in the real estate sector. In terms of boosting both foreign investments and domestic investments, it can have several positive implications. Anurag Mathur, CEO, Savills India, added that GST rates on construction materials should be reduced, credit-linked subsidy programmes (CLSS) expanded, and interest deduction limits on housing loans should be raised.

Real estate investors and retail investors would both benefit from alternative asset classes being introduced to REITs. We would welcome generous tax deductions on the demand side, which is financially depleted. It is an exciting time to be in Malaysia in terms of life sciences research and development. A policy focus on this aimed at attracting investment in R&D real estate will provide a great platform moving forward. Mathur stated that these measures are likely to attract investment, boost demand, and sustain a higher growth trajectory.

The increase in COVID-19 cases is once again causing developers serious concern for our country's urban infrastructure and human capital. However, with vaccines and other preventive measures, developers hope to minimize the impact of this third wave on real estate as well as the economy.

The real estate sector is expecting robust housing demand in 2022 and beyond, with signs of recovery already visible in recent months. The low-interest rates coupled with a tax holiday will go a long way towards boosting market sentiment, which might encourage fence-sitters to act. We should pay attention to stalled and stressed projects, and also provide increased attention to housing for the low and moderate-income. By doing so, capital will likely be freed up and a liquidity flow will likely occur. In addition, major input materials should be considered for GST, as an increase in cost structure could lead to a long-term increase in prices thus softening demand in the long run", adds Farshid Cooper, MD, Spenta Corporation.

According to ANAROCK Group Chairman, Anuj Puri, the top seven metropolises will reach 90% of their pre-Covid levels by 2021 and the launch of new launches will reach 2019 levels. In general, most housing sector forecasts look upbeat for 2022, however, it remains to be seen whether or not the new Covid-19 variant Omicron has a significant impact on the real estate market. So far, it hasn't had a significant impact on the economy. The RBI and government have taken proactive steps to boost demand in the sector. As part of last year's budget, stamp duty was cut and tax benefits were increased for affordable housing."

According to Puri, the residential sector is looking forward to additional support beyond the usual demands of obtaining industry status, obtaining finance easily, and reducing GST. Tax incentives under Section 24 of the Income Tax Act should be raised to at least Rs. 5 lakh for the Rs. 2 lakh tax rebate on housing loan interest rates. There would be an immediate boost to housing demand, especially for affordable and mid-segment properties. Tax relief would be welcome, whether through a cut in tax rates or a revision of tax slabs."

Several customer-friendly measures are expected in the Union Budget as well, such as tax relief for homebuyers to encourage them and empower them.

The real estate sector has become one of the most trusted investment options for buyers and investors across the pandemic, says Yashak Wason, Managing Director, Royal Green Realty. As a result of using emerging trends and customer preferences, the sector sustained growth despite early shocks. This was largely due to technological advancements and digitalization. Policy initiatives such as stamp duty reductions, low-interest rates on home loans, and infrastructure development helped support the construction industry. Tax reliefs to homebuyers are expected to be announced in the Union Budget to encourage and empower homebuyers. Additionally, a single-window clearance mechanism will allow approvals to be processed more quickly to avoid delays. As one of the biggest employers and growth engines in the country, efforts should be made to increase connectivity, industrialization, and technology penetration to boost the investment climate, generate higher revenues, and speed up growth."

Max Estates Ltd. CFO Nitin Kansal, in a statement regarding the expectations from the upcoming union budget, said, "We hope that the upcoming union budget will act as an enabler by accepting the long-standing demand of the commercial real estate sector to receive input tax credits for GST collected from tenants on the rental of built-to-lease properties. CRE is a business that is being transformed, and this shift is positive for various other industries including retail, hospitality & hotels, malls, etc. Several key relaxations, such as a larger tax rebate on interest on housing loans and a revamping of the concept of affordable housing using both its size and its value, will provide much-needed relief to the residential real estate sector. Besides policies that soften input prices to aid further improvement in the affordability index, the union budget should also consider policies that will lower input costs."

The real estate sector is India's second-largest job generator, generating nearly two million jobs annually. As the market size grows, the industry will contribute around 13% of the GDP to the economy by 2025, and will be worth $1 trillion by 2030. Policy changes such as these will provide a boost to the sector and allow strong developers to create quality spaces and create value for the economy.

Some developers would like the finance minister to announce measures that will boost liquidity.

NBFCs have been suffering from debt crises in recent years, which have impacted the real estate sector. The sector was already subject to severe liquidity pressure before the recent crisis. In recent months, the government has been proactive when it comes to resolving economic issues, including those involving the real estate sector. In addition, the liquidity crunch poses a serious problem for realtors, especially those who work with smaller projects. The Ministry of Finance should assist in finding funding solutions for the sector, as we urge Nirmala Sitharaman. A small step towards this goal could be to give "industry status" to the real estate sector. Supertech Ltd chairman R K Arora said that financing is also required for the last mile of the project.

As well, developers argue that the government should encourage developers to enter smaller towns and cities to improve living standards in tier II and III cities.

The government needs to introduce measures that will encourage developers to build townships in smaller towns and cities. Well-planned townships will lead to an improvement in the standard of living for those who reside there. Aside from this, it's virtually impossible to own a decent apartment under Rs 45 lakh in major cities, meaning the definition of affordable housing needs to be changed. According to Saransh Trehan, the Managing Director, Trehan Group, which has projects in places like Alwar, Bhiwadi, and Gurugram, the Rs 45 lakh ceiling needs to be raised significantly to ensure that housing for all becomes a reality sooner.

Other groups are also calling for an increase in the ceiling on what is considered affordable housing. Despite the current affordable housing threshold of Rs 45 lakh, it needs to be raised to at least Rs 55 lakh. At a minimum, the threshold needs to rise to Rs 75 lakh. The cost of building raw materials has also increased markedly in recent years, notably since the Covid outbreak. “The Finance Minister should enact some measures to cool raw material prices in the coming budget and consider lowering taxes on these materials, at least in the short term," said Suren Goyal, Partner, RPS Group.

A deduction of Rs 1.5 lakh for loans taken by March 2022 was provided in the last Union Budget as an incentive to encourage affordable and rental housing. In addition to expanding the scheme and increasing the deduction of Rs 2.5 lakh, the government should also make improvements to the mid-priced housing segment," the official explained.